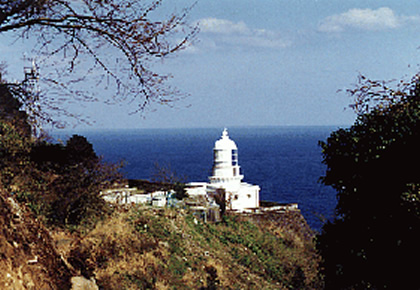 This light tower is of stone structure. With the opening of both the “Hamada” and “Sakai” ports to foreign trade in July of 1899 by Imperial Ordinance, the Kyoga Misaki Lighthouse, Mihono Seki Lighthouse and Izumo Hino Misaki Lighthouse were constructed in line with increased trade.

It is said that the name Kyoga Misaki (meaning sutra cape) originated from the legend that because of the many shipwrecks that occurred here, Buddhist priests prayed for the soul of the victims in a cave under the cape. 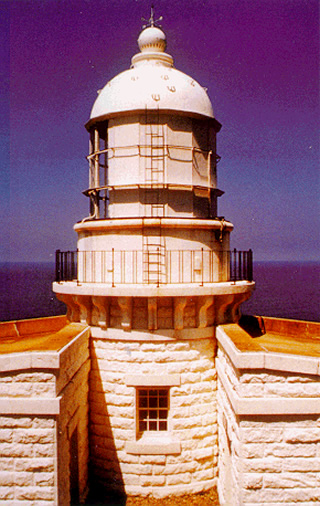